It’s been a dream to turn the walk-in closet into a walk-in shower. Here’s how we managed expanding the ensuite shower from 30″ square to 3×8.

The shower in the master suite started off as a (rounded up) 30″x30″ cubicle. I could fit in it, my husband not so much. It was my own private shower since I was the only person using it. Which apparently didn’t sit well with my husband. He had big dreams of a walk-in shower. So when it started leaking around the same time as the One Room Challenge was announced, we went all in!

The One Room Challenge is a bi-annual design challenge for home design bloggers. It’s my first year as a guest participant, along with many over talented designers who you can check out here. Thanks to the ORC, and their media sponsor Better Homes and Gardens, I have managed to stay on track this project, stick to a timeline, and we are now looking into the final stretch to the big bathroom reveal!

Since the shower cubby was right beside the walk-in closet, expanding the ensuite shower into the closet wasn’t a far fetched idea. The footprint of the ensuite bathroom was staying the same. There were some framing changes needed, mainly taking out the closet wall between the shower and closet, and moving the closet/shower doorway over. The plumbing and electrical were already in the general area. A wish list was made to see how far the budget could stretch. One thing for certain was that we’re hiring professional trades for the shower instead of trying to diy it all.

The demolition happened pretty quickly. The walls were stripped and the cedar plank that had covered our closet walls were donated and given a second life. Having the open framing allowed for the plumbing and electrical to be properly assessed. The framing changes were made and then the right trades were brought in to rough in the new shower.

The changes felt real when the new drywall and Wedi waterproof cement boards went up. Once the shower was enclosed you could really feel how much space was gained by expanding the ensuite shower.

Installing the tile took the longest. It was labour-intensive work, and there were some hiccups along the way. Isn’t that mandatory for any renovation? The installers did a great job, especially since I had introduced them to some new products and tile patterns with this job. I am excited by how good it turned out.

The one big question mark since the beginning of the project was the vanity. It was scheduled to arrive only two days before Reveal day. And the amazing staff at Nufab Cabinetry made it happen! They called us a week early to tell us it was here! I was so happy I could cry! So we made plans to for a day trip to pick up the vanity.

On the day it decided to blizzard.

But we went anyways. There was a lot of sliding, nervous energy, high tension, missed turns, and sighs of relief on our vanity adventure. Everyone and everything made it home safely. If that was an adventure, then so was building and putting it together!

Here’s a gentle reminder to not measure and make cuts while you are exhausted.

There was some backtracking before forward progress was really made with the vanity. We had to build a support base for the cabinets. Then we did a dry fit to make sure everything would line up properly. There were adjustments needed of course. And extra trips to the hardware store just before closing time. All in all, it took us three days of attempting to finish the vanity to get it all assembled. And we are loving it!

So while the shower is looking in good shape, there is still more to be done, and only a week left to do it! Time goes by way too fast and there are not enough hours in the day to get everything done. Juggling a full-time job, child-care, commitments, and writing reno-updates have taken me away from the project more than I thought. The last big reno I worked on, there were no toddlers running around needing supervision. Thankfully, our parents are here and have helped out tremendously. Thank you, thank you, thank you!

So this is the big push! The next bathroom post will be the reveal! I have plans to write more detailed posts about some of our projects but those will come afterwards. I don’t want to spoil the reveal more!

Save Pin For Later: 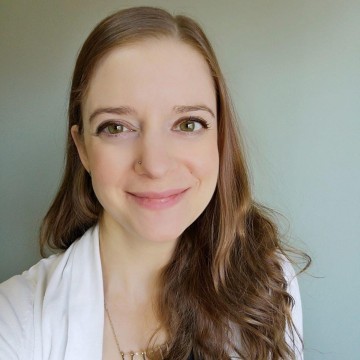